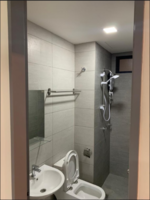 This condominium has many amenities nearby, such as hospitals, universities, schools and metro transport stations. The following are some of the major hospitals here:

As for universities, there are Universiti Tun Abdul Razak (Unirazak), Universities 21 Global and University Of Nottingham Teaching Centre. There are also some schools here, e.g. Iraq School KL and Montessori Pre School Malaysia.

0 user comments on Platinum Residences I