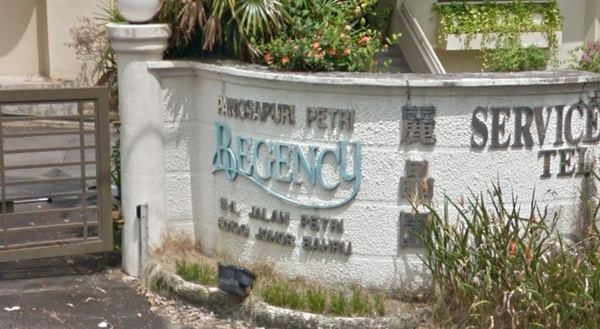 Regency Condominium (also known as Pangsapuri Petri Regency) is a freehold condominium located in JB City Centre, Johor Bahru. It was developed by Mayland Development Sdn Bhd with a launch price of about RM130 psf, and was completed around 2002.

This condominium has many amenities nearby, i.e. schools, hospitals and universities. The following are some of the main schools here: